Previous postResearchers Pay Women to Get Pregnant and Kill Their Babies in Abortions
‘It’s a sinking ship,wouldn’t have gone back if I was in Virat Kohli’s shoes’: Dilip Doshi reacts on India captain’s paternity leave - cricket - Hindustan TimesNext post 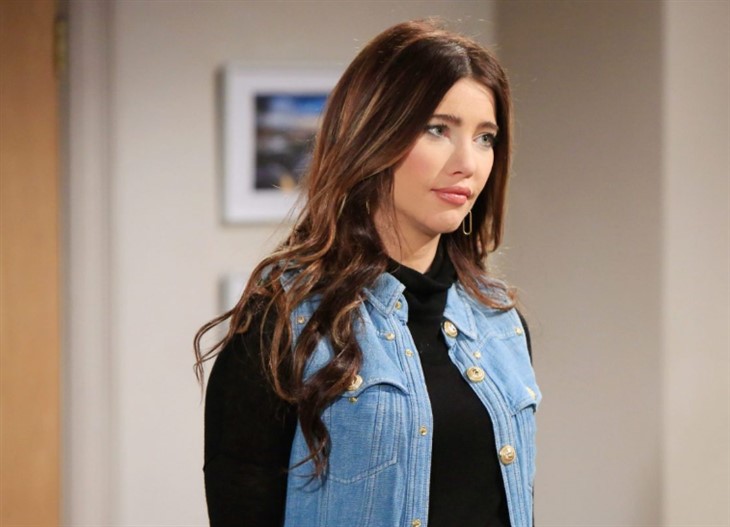 The Bold and the Beautiful spoilers reveal that it was assumed Steffy Forrester would be off-screen for a bit. As fans know, actress Jacqueline MacInnes Wood took maternity leave, so she won’t be on set for a while. How does this affect her character? We finally have a confirmed answer. This time, the soap planned ahead and had the actress pre-tape scenes.

The Bold And The Beautiful Spoilers – Jacqueline MacInnes Wood’s Pregnancy

spoilers reveal that Wood kept her pregnancy under wraps for quite a while. She was about seven months along when she was finally allowed to share the news. Her co-stars were already aware of course, but fans had no idea until she shared it on her Instagram account. After she made the announcement, it finally made sense why Steffy kept wearing baggy sweats. The soap wrote the pregnancy into Steffy’s storyline and we are currently seeing it play out on-screen.

Wood has already gone on maternity leave and had her baby last week. She will be gone for several weeks. Fans speculated on what would happen when the actress took her temporary exit. Some thought she would disappear after John “Finn” Finnegan (Tanner Novlan) found out she got pregnant while cheating on him. There was the theory that Steffy’s pregnancy would be a scandal for Forrester Creations, so Ridge Forrester (Thorsten Kaye) would send her away. A quickie marriage and honeymoon for “Sinn” was on some fans’ minds. Then, there was the idea that Brooke Logan Forrester (Katherine Kelly Lang) and Hope Logan (Annika Noelle) would put too much stress on Steffy. It was believed that to protect her unborn child, she might go to Paris.

The Bold And The Beautiful (B&B) Spoilers And Recap Friday, February 26: Liam and Finn Compete – Flo Wants In With Logan Family

The Bold And The Beautiful Spoilers – Forrester Won’t Go Missing

The Bold and the Beautiful spoilers reveal that all of those theories were wrong. This time, the soap planned ahead and came up with a way to keep Steffy on-screen while Wood took maternity leave.

According to the new issue of Soap Opera Digest, the soap had Wood pre-tape scenes before she took maternity leave. That way, Steffy’s story could continue airing on television screens. While Steffy might not get as much screen time as usual, the character won’t suddenly disappear either. It seems like a good compromise as Wood is a fan-favorite and Steffy is smack in the middle of a juicy storyline.

Are you happy that Steffy Forrester will remain on-screen even though Jacqueline MacInnes Wood is on maternity leave? What do you think is going to happen with her story? Will John “Finn” Finnegan end up being the baby daddy after all? We will have to keep watching the CBS soap to see how this story ends.

Be sure to catch up on everything happening with B&B right now. Come back here often for spoilers, news, and updates.

The post The Bold And The Beautiful Spoilers: Steffy’s Story During Maternity Leave, Jacqueline MacInnes Wood Pre-Taped first appeared on Celebrating The Soaps.