Previous postMost Americans Who Can't Get Pregnant Have No Way To Access Treatment
[Budget Forum 2020] Blink and You’ll Miss It: What the Budget Did for Working MumsNext post

Supreme Court Asked To Overturn Roe v. Wade Because Of… Maternity Leave? | Above the Law 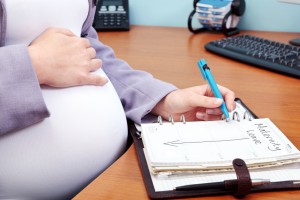 Mississippi asked the Supreme Court to take up its abortion ban after 15 weeks and the Court agreed. At the time, Mississippi was playing the “death of a thousand cuts” game and explicitly wrote that the case did not require striking down Roe. But with Amy Coney Barrett bringing a keen sense for Handmaid’s Tale fanfic — or at least Gilead fanfic — to the bench, Mississippi has changed its tune.

In a brief filed yesterday, Mississippi AG Lynn Fitch is now calling on the Court to completely overturn Roe and the half century of decisions that rested upon it in an opinion awash in cherry-picked history for the originalists and a shrugging about the idea that any rights exist unless spelled out precisely in the Constitution. Spelling counts!

Nancy Northup, CEO of the Center for Reproductive Rights summed up the move:

“Mississippi has stunningly asked the Supreme Court to overturn Roe and every other abortion rights decision in the last five decades. Today’s brief reveals the extreme and regressive strategy, not just of this law, but of the avalanche of abortion bans and restrictions that are being passed across the country.

Their goal is for the Supreme Court to take away our right to control our own bodies and our own futures—not just in Mississippi, but everywhere.

There’s a lot to be said about Mississippi’s dubious legal reasoning, but flying in under the radar is, perhaps, the dumbest, most transparently obvious, half-hearted pandering in legal history.

First, modern options regarding and views about childbearing have dulled concerns on which Roe rested. Roe suggested that, without abortion, unwanted children could “force upon” women “a distressful life and future.” 410 U.S. at 153. But numerous laws enacted since Roe—addressing pregnancy discrimination, requiring leave time, assisting with childcare, and more—facilitate the ability of women to pursue both career success and a rich family life. See, e.g., infra Part I-B-5.

That’s right, ladies! Maternity leave policies have obviated Roe. Never mind that maternity leave might not, you know, be all its cracked up to be, or that we live in an economy where many women work in jobs where leave isn’t an option. Women now can really have it all! Unless “all” includes both pregancy discrimination protections and basic reproductive freedom. Then, it’s a little less than all.

Can you put a number on the cost of poor communication?

It didn’t make the brief, but in her press release, she cites “the flexibility of the gig economy” as a reason why Roe isn’t necessary. You know, the economy that doesn’t offer leave policies? She’s dismantling her own bad arguments! It takes a special kind of lawyer to run a case like this.

It’s hard to imagine a more dystopian sentiment. To be clear, these safe havens are important and provide options for mothers who opted to carry the fetus to term but ultimately find themselves unprepared to care for the child after the fact. But it’s a dark stance to say, “Look, we don’t need Roe because we have overnight dropoffs for babies now… it worked for Blockbuster!”

Second, even if abortion may once have been thought critical as an alternative to contraception, see Casey, 505 U.S. at 856, changed circumstances undermine that view. Policy can effect dramatic expansions in access to contraceptives.

While ignoring the fact that a lot of abortions take place in circumstances where contraception wasn’t an option, let’s focus on how Fitch cites Justice Ginsburg’s Hobby Lobby dissent here even though that whole opinion is about “contraception is harder to get now.”

The United States finds itself in the company of China and North Korea as some of the only countries that permit elective abortions after 20 weeks’ gestation.

And Mississippi finds itself in the company of Iran and Somalia. Good talk.

Honestly, why even bring this stuff up? It’s not swaying anyone on this Court and its mere inclusion undermines the credibility of the whole brief. Tell me you’re gutting basic freedoms because the Framers didn’t write it into the document if that’s your argumentative jam, but trying to sell “you could just take maternity leave from your Etsy shop” is downright goofy.

Ah, it would all be so funny if it weren’t so tragic.

Joe Patrice is a senior editor at Above the Law and co-host of Thinking Like A Lawyer. Feel free to email any tips, questions, or comments. Follow him on Twitter if you’re interested in law, politics, and a healthy dose of college sports news. Joe also serves as a Managing Director at RPN Executive Search.