Previous postThe Bold and the Beautiful Spoilers: Will Hope Get Pregnant by Thomas – Liam Faces Flip Side of Betrayal Through 'Thope' Baby? | Celeb Dirty Laundry
Are You Ready To Start A Business - Hacks for Working Mums - Business JumpNext post

Stacey Solomon waved goodbye to Loose Women today as she prepares to welcome her baby daughter.

The 31-year-old panellist took part in her final show before heading off on maternity leave.

And things got pretty lively! 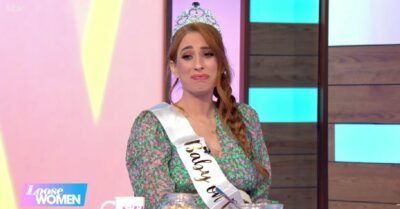 What happened on Loose Women?

Kicking off the show, Kaye said: “We’re finally going to get to throw our lovely Stacey a baby shower.

“But hopefully she will stick around for this one.”

Stacey missed her previous baby shower on the programme, after giving birth to her youngest son Rex.

However, the star appeared delighted as she graced the panel in a tiara and sash reading: “Baby on Board.”

Later on, the panel went on to discuss their favourite guilty pleasures. 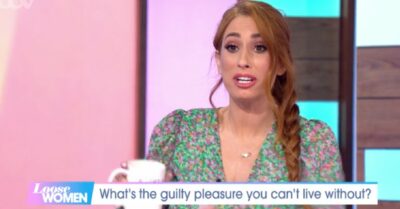 Linda explained she loves a cup of milky tea and held up her mug towards the camera.

The pregnant star attempted to show her own tea, but appeared annoyed as the camera couldn’t pick up the colour.

What’s wrong with you?!

Speaking to the crew, Stacey joked: “Why can’t you get a good shot of tea?

Towards the end of the show, the presenters sat down for cupcakes and gifts. 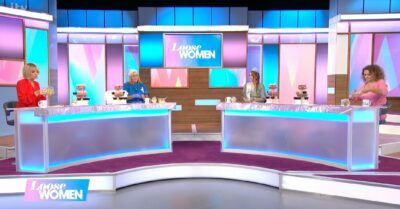 Kaye, Nadia and Linda then presented Stacey with her leaving presents.

The pregnant star was given an inflatable rubber ring.

Explaining the gift, Linda said: “That’s incase you have stitches, so it’s nice and comfortable.”

Nadia revealed she was planning to make home cooked meals for Stacey after she gives birth.

She shared: “I’m going to make you dishes to put in the freezer, do you don’t have to cook.”

Following the show, one viewer tweeted: “We will definitely miss you Stacey but we can’t wait to see you with your little princess.”

Leave us a comment on our Facebook page @EntertainmentDailyFix and let us know what you think of this story.