Errrm are things moving to the next level already?

When Love Island star Olivia Attwood shared pictures of herself and BF Chris Hughes from their trip to watch some horse racing at Ascot, fans were quick to claim they could see her sporting a little bump.

The pregnancy rumours spread like wildfire and it seemed that everyone was talking about a potential real life Cash Hughes on the way.

At first we weren’t convinced and just put any sign of a bump down to the angle of the pic, that is until Olivia just dropped the bombshell that fans’ comments had made her wanna take a pregnancy test!

She took to Instagram stories to reveal the news captioning a picture of herself ‘You guys have me shook. Feel like I want to take a pregnancy test tomorrow’. 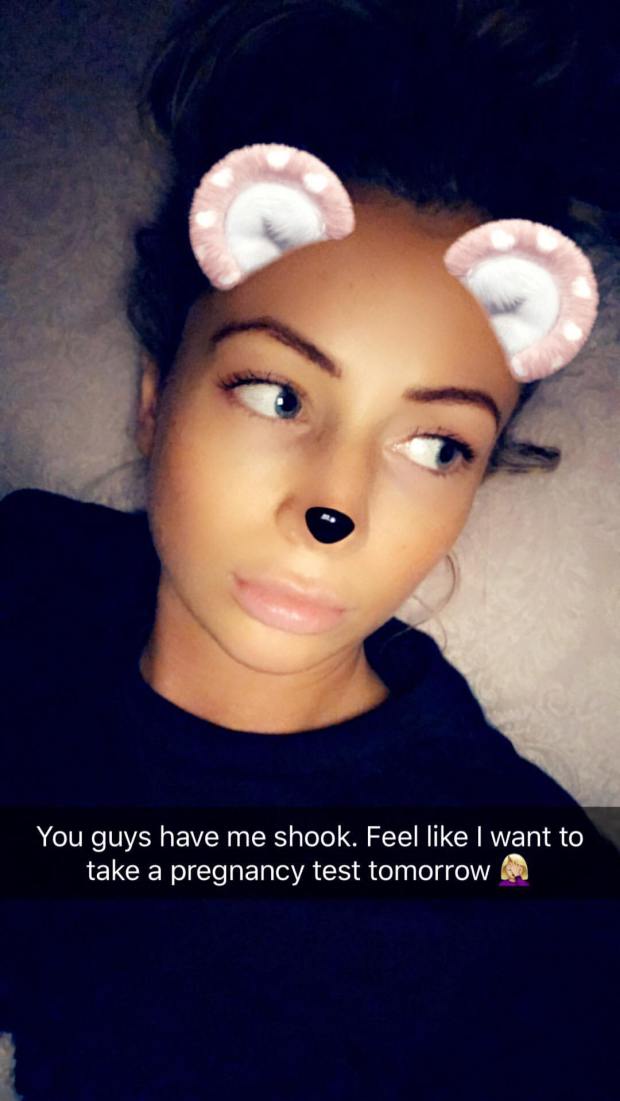 Now either Olivia is trolling us and dragging this whole thing out, or she’s genuinely thinking that there’s a possibility that she could be pregnant. If it’s the second option, we could be getting VERY excited pretty soon.

Commenting on Instagram, he wrote, “Lol y’all mad for thinking she’s pregnant, knowing Liv she probably necked a nuggets share box to herself before she went to the races that’s all.”

Whilst you’re here, check out what happened when Olivia and Amber played ‘To Bae Or Not To Bae’ with us in the studio recently…