Previous post7 Trendy Maternity Clothes for a Comfy Wardrobe ...
How Long It Really Takes To Get PregnantNext post

Many Women Feel They Were “Mistreated” & “Threatened” During Childbirth, New Study Reveals Childbirth is one of the most difficult, painful, and monumental experiences many women will go through in their lifetimes. So it’s both discouraging and distressing to learn that, in the United States, many women feel they were “mistreated” or “threatened” during childbirth, as a new study called “Giving Voice to Mothers” has revealed.

The new study published in the journal Reproductive Health earlier this month found that 1 in 6 women, roughly 17.3 percent, felt that they were in some way “mistreated” while in labor and delivery. Researchers surveyed roughly 2,000 women in the United States, and each reported one or more types of mistreatment, including:

The research appears to show that these problem rests soundly in the state of medical care. For example, only 5.1 percent of women who gave birth at home reported such verbal or emotional abuse, whereas just over 28 percent of women who gave birth at a hospital did. Other variables that accounted for a lower likelihood of mistreatment included vaginal birthing, community birthing, the use of a midwife, being white, and being older than 30 years old.

However, perhaps the most jarring aspect of the report was finding that women feel they were being “scolded” and “threatened,” during what is already a vulnerable and painful experience. The researchers reported that “the most common type of threat” was women being told “if you do not comply or do this, your baby will die or you will have a bad outcome.”

Monica McLemore, an author of the study, told HuffPost she was “surprised to find that the top two forms of mistreatment during childbirth were shouting and scolding,” adding that she finds it to be “unacceptable.” 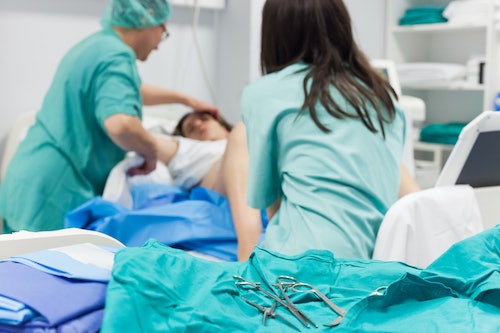 The studys lead author, Saraswathi Vedam, a midwife and professor, told Vox that women feeling mistreated during childbirth “is a widespread phenomenon.” Indeed, though maternal health care in the United States is certainly not the best, the World Health Organization (WHO) notes that it’s a worldwide issue. The most common unacceptable behaviors include “physical and verbal abuse, violations of privacy, stigma and discrimination, and neglect and abandonment,” according to WHO.

Vedam echoed this sentiment, telling Vox, “Mistreatment, when you look at it in all of its aspects, certainly includes people being shouted at, scolded, or experiencing physical and verbal abuse. But theres also … not being listened to, not being engaged in the decision, not having the ability to self-determine what care happens for you and your body.”

Not being in control or totally involved in decisions surrounding labor and delivery is an unfortunately common phenomena. In 2018, Consumer Reports released a report revealing that 1.3 million babies are delivered via C-Section each year in the United States, even though “less than 1 percent of women actually asked for a C-section without a medical reason for it.” 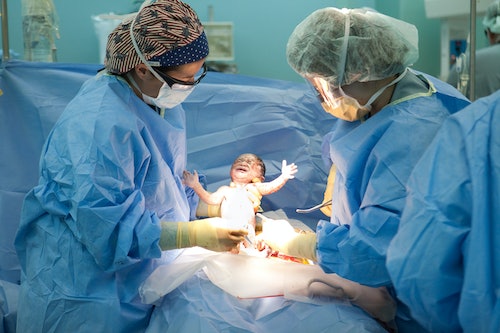 Sadly, this is also not the first time we have had to confront some striking numbers related to maternal health care in the United States. In fact, according to Amnesty International, women in the United States are “more likely to die of pregnancy related complications than 49 other countries, including nearly all European countries, Canada and several countries in Asia and the Middle East,” and that does not even account for the fact that it is significantly worse for minority women.

What’s more, at the end of last year, National Geographic released a report stating that women in the United States are still dying at “alarming” rates while giving birth and the issue has spurred the “birth equity movement,” which suggests that poverty, racism, and social and economic policy are contributing to the gap between maternal health outcomes.

And research, including from the U.S. Centers for Disease Control and Prevention (CDC), backs this up. According to the CDC, black women are 3 or 4 times more likely to die during childbirth than a white woman. This is striking for a multitude of reasons, and paints and even more alarming picture considering that, as evidenced by this recent study, so many women report, at minimum, feeling “mistreated” during their labor and delivery, while many others are suffering even more severe consequences than that.

This most recent study from Reproductive Health found that 27.2 percent of women of color reported mistreatment, while 18.7 percent of white women did. And regardless of the mother’s race, the report found that “having a partner who was Black also increased reports of mistreatment as well.”

It’s clear that something needs to change. We have the tools, resources and knowledge to do so much better, and so it is essential that advocate for policy and medical reform to reflect that. And, perhaps most importantly, we listen to mothers.