Previous postOur Yorkshire Farm's Amanda Owen shares childbirth trick that let her to become a mum-of-nine - YorkshireLive
“I will get only a week off from work this time,” says Shahid Kapoor about his paternity leaveNext post

Katie Price has said she’s determined to have a baby and marry her love Carl Woods in the New Year.

The mum-of-five, 42, admits the clock is ticking, and she needs to have a baby with Carl, 31, sooner rather than later.

Speaking to The Sun, Katie, formerly known as Jordan, said: “I’m not getting any younger . . . I do look younger as I get older but you know what I mean.”

Before adding: “It would be amazing to enter the New Year with a baby on the way and a ring on my finger.

“We’ve been trying — I’ll find out if I’m pregnant on the 29th because that’s when my period is due.” 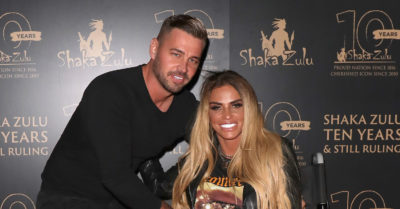 And she says this is also her first ever Christmas sober.

Last Christmas the former glamour model says she hit an all-time low, and checked herself into The Priory in January.

But things have truly turned around for her in 2020, especially after meeting Carl during lockdown.

Set up by mutual friends, they’ve had a whirlwind romance.

The one-time Love Island star and car salesman says he’s found the one with Katie. And she feels just the same.

In fact Katie says she’s never felt so in love her entire life. 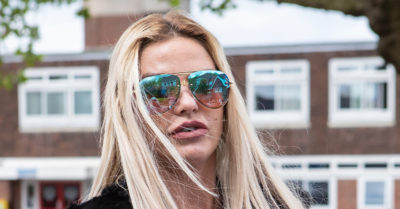 Katie insists Carl is the one

Speaking to OK, Katie said: “I’ve never wanted to show off my love for anybody as much as I do with him.

“I think people want to get a bucket every time we put a picture up on Instagram. I just can’t help wanting to let the world know because I’ve been longing to be this happy and to be in love, true love, for so long.”

And although Carl has yet to propose, they’ve shown their commitment in other ways. 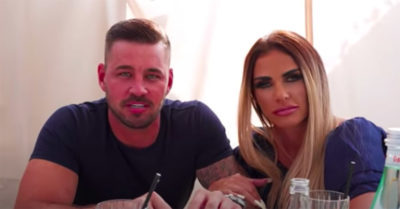 Katie has repeatedly referred to herself as ‘The Future Mrs Woods.’ And she even says she wants to take his last name when they marry – which will be an absolute first.

What’s more, they have matching tattoos of one another’s faces on their forearms.

Plus they got ‘his and hers’ matching veneers in Turkey over the summer, which was followed by Katie breaking both of her feet while at a Turkish theme park.

But Carl dutifully cared for her throughout her arduous recovery, including pushing her about in her wheelchair. And driving her to various medical appointments.

What do you think? Let us know on our Facebook page @EntertainmentDailyFix.