What Is Stix? This Pregnancy Test Founded By & For Women Is Super Discreet True story: Years back, I ran into my boss at a Boston CVS while buying a pregnancy test on my lunch break. The kicker? I was with my then-boyfriend, who also happened to be my coworker. (In case you were wondering, no, I don’t think I have recovered.) Bottom line, fam buying a pregnancy test doesn’t always go as smoothly as you may hope. Thats precisely why two female entrepreneurs decided to take matters into their own hands. So, what is Stix pregnancy test? Well, its an at-home test created by and for women, and it promises a more discreet experience.

The inspiration for the product, which launched on Sept. 15, can be traced back to a single embarrassing incident; one that you might relate to. Stix cofounder Cynthia Plotch was buying a pregnancy test at her local drugstore when she encountered wait for it her boyfriends mother. The cringeworthy scenario inspired her to ask a very important question: Why isnt there an inconspicuous way to buy these tests? Thats where Stix comes in. Since you order the tests online and they get delivered in a discreet envelope to your doorstep, you dont have to worry about any awk run-ins at your local pharmacy (or weird interactions with the checkout clerk). Stix costs $13 for a two-pack, or $10.79 with a subscription, reports 99% accuracy (which is on par with the accuracy of other at-home tests), and, perhaps most importantly, looks discreet AF. To be clear, there’s nothing shameful with buying a pregnancy test IRL. But if you prefer to do so in a private way, Stix provides that option. 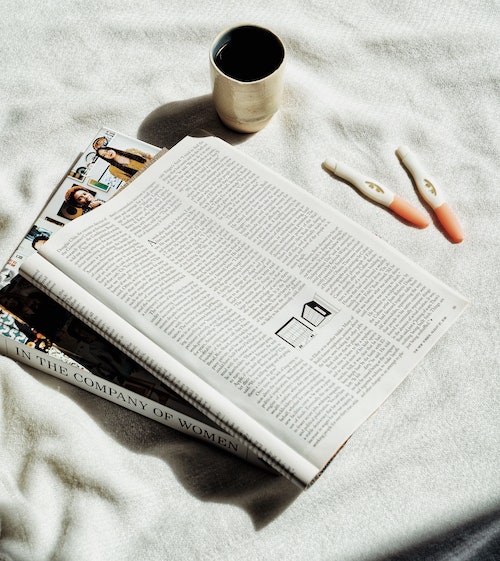 When my co-founder Cynthia and I looked for pregnancy tests, we found drugstore aisles full of expensive tests marketed exclusively to women trying to conceive not the 50% of women who take pregnancy tests but don’t want babies, Stix cofounder Jamie Norwood tells Elite Daily. We decided to redesign the experience.

According to the National Institutes of Health, the earliest record of these pregnancy tests can be found in an ancient Egyptian document, which describes how a woman would urinate on wheat and barley seeds for several days and then confirm if she was pregnant by observing whether either of them started growing. During the Middle Ages through the 17th Century, women apparently attempted to find out if they were pregnant by mixing wine with their urine to see how the alcohol reacted with the proteins in their pee (seems like a waste of pinot to me, but I digress). In 1960, Swedish doctors developed the first hemagglutination inhibition test for pregnancy. But this was hardly a convenient at-home pee test: It was an intricate biochemical test that could only be administered by a doctor. Plus, it was relatively insensitive, and thus, there were a lot of false negatives and false positives.

It wasnt until 1969 that graphic designer Margaret Crane invented the Predictor, the first at-home pregnancy test. The patent for that test was applied for by her company, Organon Pharmaceuticals, and tragically, she was never compensated for her invention, according to Smithsonian Magazine. So, just to recap: up until about 40 years ago, you either had to visit their doctor to find out you were pregnant (and typically wait weeks for the results), or rely on old wives’ tales to try and figure it out. I, for one, will never take peeing on a stick for granted again. It’s worth noting that the Predictor was the first pregnancy test designed by a woman, but since it was manufactured by Organon Pharmaceuticals, which was not a women-led company at the time, Stix appears to be the first women-founded pregnancy test company.

“Were so inspired by strong women in science,” says Norwood. “Were excited to be following in her footsteps.”

Flash forward to 2019, when Stix is allowing customers to not only take the test at home but also buy it from the comfort of their home. And so far, users seem to be pleased with the tests, according to the dozens of five-star customer reviews. 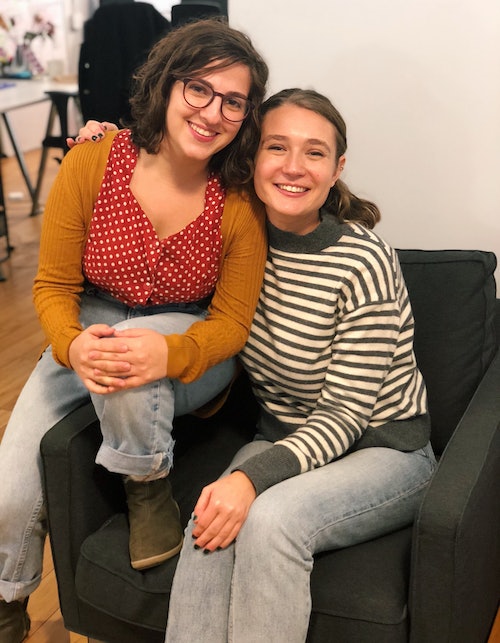 Without a doubt, what truly sets Stix apart from other at-home pregnancy tests is the privacy factor. Not only do you order the product online, but the site has no lingering purchasing history, theres an option to pay with PayPal so theres no evidence of the purchase on your credit card statement, and the product arrives in a plain envelope with no mention of Stix or references to pregnancy tests whatsoever. Shipping is free, and orders arrive in two to four days, but you can also opt for overnight delivery if youre in a panic and want results ASAP. If you have irregular periods, youre trying to conceive, or want to have a constant supply of tests on hand for some other reason, you can sign up for a subscription (at a frequency of as little as every 12 weeks, or as often as every two weeks). And you can cancel the subscription at any time.

Like other at-home pregnancy tests, Stix works by detecting the hormone hCG about seven to 10 days after ovulation. The company recommends taking it no sooner than your missed period, and notes that the results are more accurate the longer you wait since your hCG levels increase every day when you become pregnant. If you do decide to test early, the company advises doing it first thing in the morning, before drinking any water. Results take five minutes to show up, and theyre super straightforward one red line in the control window indicates that the test is negative (youre not pregnant), and two lines in the test window mean the test is positive (and you are pregnant).

According to a study of 1,000 women conducted by Stix, a whopping 70% who have purchased pregnancy tests hated doing so. And is that really any surprise? Theres an overwhelming number of options on the shelf, the experience of peeing on a stick and waiting for results can be stressful, and depending on which one you buy, it can be expensive.

Plotch and Norwood, who met while participating in the same entrepreneurship fellowship program, were inspired to develop a test that would give women some peace of mind while taking it, and moreover, to make the experience as comfortable and judgement-free as possible. It makes sense why a company run by women would value a woman’s right to privacy thanks to the patriarchal society you and I both live in, that hasn’t historically been a priority. When you open up the Stix envelope, the first thing you see is a message instructing you to take a deep breath. IMO, it’s a simple detail that only someone who’s experienced taking a pregnancy test firsthand would think to include. And needless to say, its a useful reminder.