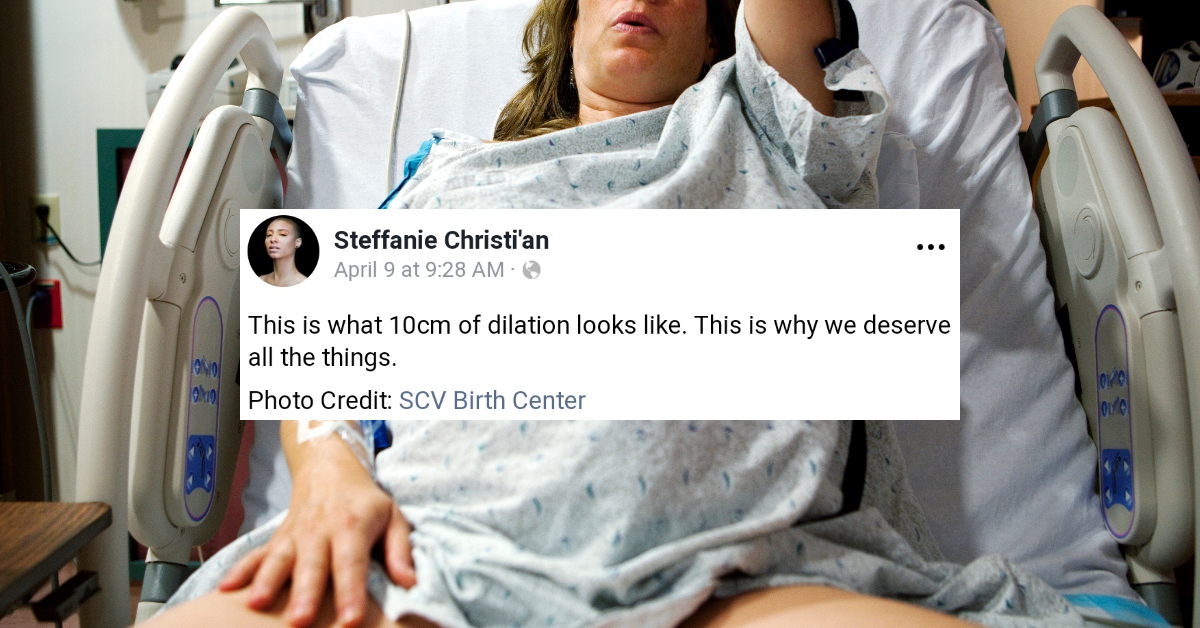 Childbirth definitely isn’t known as one of the easiest parts of life, but many people don’t really understand all of the changes pregnancy causes in the body.

A big one of those changes starts when labor begins, shortly after the contractions start: cervical dilation.

The cervix has to open up so the baby can leave the uterus and enter the birth canal. Over the course of this process, called cervical dilation, it can stretch to 10 centimeters (or more)!

10 centimeters might be hard to visualize, so Santa Clarita’s SCV Birth Center shared a photo of a baby’s head fitting into a dilation board—a tool used to help birth specialists learn what each centimeter of dilation feels like.

Unfortunately, there isn’t a good way to predict how long labor will last, or any set rule for how long it will take the cervix to fully dilate.

Soon after, Steffanie Christi’an shared the photo with the caption:

“This is what 10cm of dilation looks like. This is why we deserve all the things.”

Some agreed with Steffanie and chimed in with their own wants and needs.

Others were a bit more leery of childbirth after seeing the photo.

This just goes to show that anyone who gives birth goes through a heck of a lot of changes, and they totally deserve that extra donut/candy bar/cuddle time if they want it.