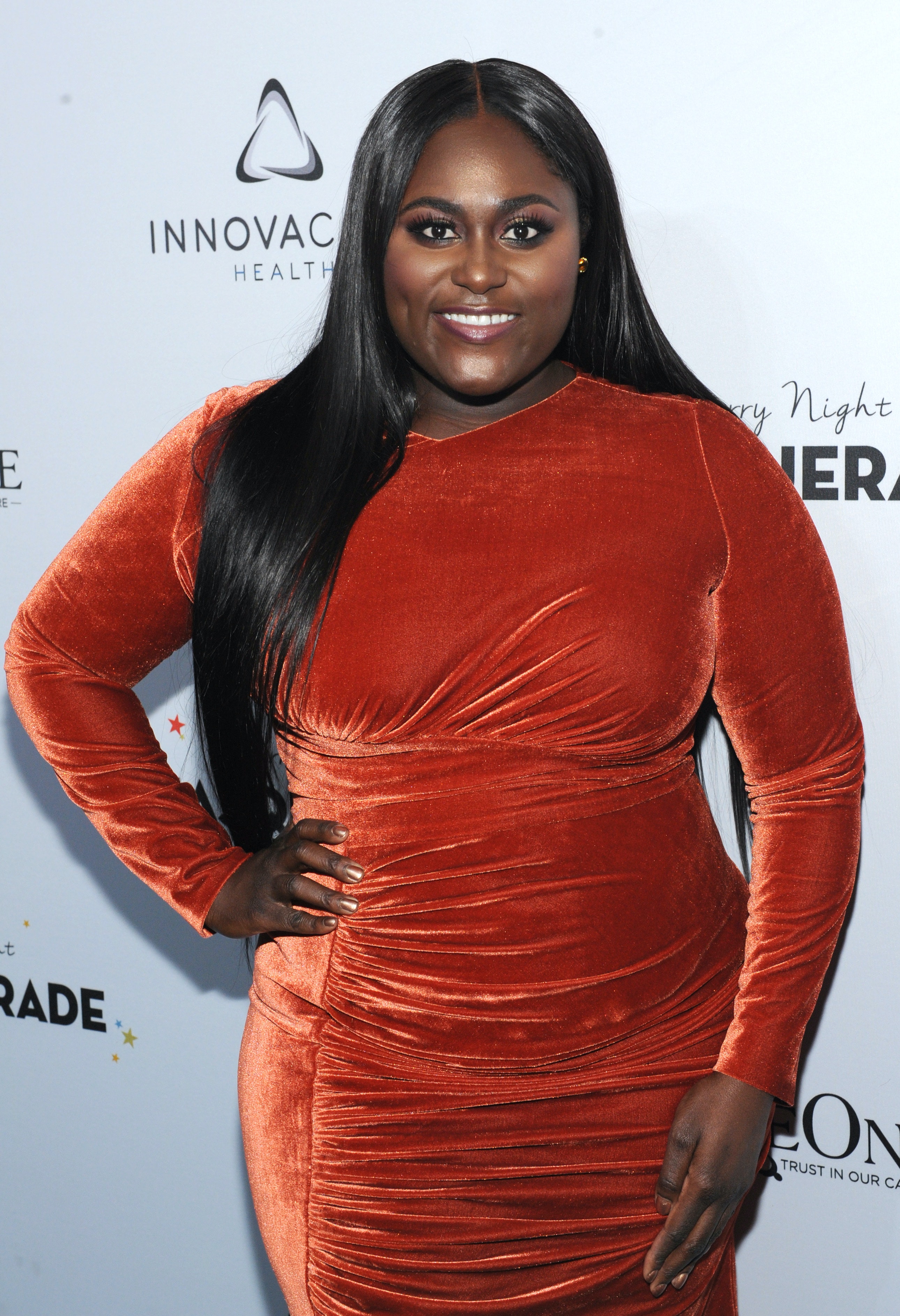 Orange Is The New Black Star Danielle Brooks revealed she’s pregnant with her first child back in July, delighting countless fans as a result. And ever since Brooks’ announcement, she has shared plenty of pregnancy updates to Instagram, including a photo from her baby shower and a snap of her bump clad in lingerie. As for Brooks latest update? Look no further than pregnant Danielle Brooks’ song about the lack of cute plus-size maternity clothes. Not only is the tune hilarious, but it’s inspiring others to speak out on this frustrating issue.

Considering Brooks is quite the fashionista these days (did you happen to see the long-sleeved, silver sequin gown from designer Christian Siriano she wore to the New York City premiere of the final season of Netflix’s OITNB, per chance?) her difficulty to find plus-size maternity clothes might surprise some people. But as many expectant moms already know, the struggle is real. And Brooks hilariously summed up this problem in a song she shared to Instagram Friday.

Set to the tune of Boyz II Men’s “It’s So Hard to Say Goodbye to Yesterday,” according to What To Expect, Brooks laments the issue of not being able to find fashionable maternity clothes, singing: Its so hard to find some clothes to wear today. Although I get to be pregnant, I still cant find no clothes. Its so hard to find some clothes when youre pregnant.” Ha! Ain’t it the truth.

Brooks captioned her song: “Its so hard to find cute plus size maternity fashion while pregnant, but ima push through.”

Yes!!! I had the exact same issue. I was hoping that some amazing plus sized celeb would get pregnant and do something about it!

Sing DANI. I felt this in my spirit. When I was pregnant I wanted to be cute with nice dresses that showed off my belly while covered up. I wore sweatpants and oversized shirts my whole pregnancy

“Design some! Thats an untapped market!!” one person encouraged her.

Others, however, were blown away by Brooks’ impressive pipes.

“I understand u going thru it… buuuuut, can we find this track on iTunes or Spotify??? Lol. Im sorry love!!”

“Proof all the hottest track come from the struggle.”

This isn’t the first time Brooks has spoken out about her body. In an Aug. 13 interview for Shape, for example, she talked about being a body positive role model for young women.

I started to see girls use my red-carpet looks as inspiration for their prom dresses. I began to see my interview quotes on social media. I realized that I could be what I wished for as a young girl, for someone else, she explained. I wanted someone in the industry, who I felt was a reflection of me, to scream from the mountaintops, I love my body! I can accomplish whatever I want in the exact body God created me to be in!’

It’s unclear whether Brooks’ journey to find “cute plus-size” maternity will ultimately be successful, but it’s clear she’s approaching it with a little humor and creativity. Hang in there, mama!