How to take a pregnancy test

Home pregnancy tests are easy to find and extremely accurate when used correctly. However, there are several things you need to take into consideration when testing for pregnancy using a shop-bought product.

Here, we chat to the team at the period-tracking app Clue for the down-low on everything you need to know about taking a pregnancy test.

When to take a pregnancy test

Generally speaking, your chances of falling pregnant are highest if you have had unprotected sex during your fertile window. According to Clue, this is “the six days leading up to and including ovulation, usually around the middle of your cycle” in women who have regular periods. If your period often varies by more than a couple of days then your fertile window may differ from month to month.

“You can take a pregnancy test about two weeks after your estimated ovulation day. Be aware that the earlier you take a test the less accurate it may be, and some brands are more sensitive than others. You should probably take a pregnancy test or contact your healthcare provider if your period is nine or more days late.”

If your cycle is irregular: If you don’t know when your period is going to come, or if your periods are often irregular, then the chances of getting pregnant at any point in your cycle are significantly higher. If you ‘miss’ a period, then it may be a sign of pregnancy. 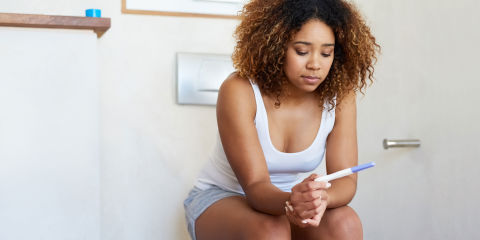 How to use a home pregnancy test

Most pregnancy tests are highly accurate and affordable, but always ensure you buy from a trusted seller and that the expiry date has not passed (most expire two to three years after purchase). Following the instructions carefully is also key, as a 1993 study of pregnant women found that only a third of users complied with all test kit instructions, resulting in a false-negative incidence rate of one in four.

The ‘pee on a stick’ type of home test uses a chemical strip detects whether or not there are pregnancy hormones (also known as human chorionic gonadotropin of hCG) in your wee. The team at Clue say:

“You can do a urine test at any time of the day because hCG production does not change throughout the day . If you drink large quantities of water or other fluids during the day you might want to do the test first thing in the morning, as the accuracy of the test can be affected if the urine sample is extremely diluted.”

Whether your home test is positive or negative, it’s wise to confirm the results with your GP or other healthcare provider.

Is it possible to get a false negative result?

Although pregnancy tests are usually very accurate, it is possible to get a false negative result.

“The most common cause of a false negative result is performing the test too soon after conception, when hCG levels are too low to be detected. If your ovulation happens later than usual, this means that the first day of a missed period can be too early to get an accurate result.”

Waiting to do a test until a week or two after a missed period will reduce the chances of getting a false negativity.

Is it possible to get a false positive result?

Yes, although this is very rare. 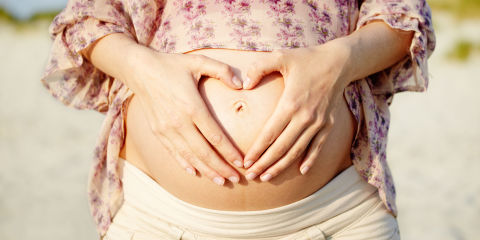