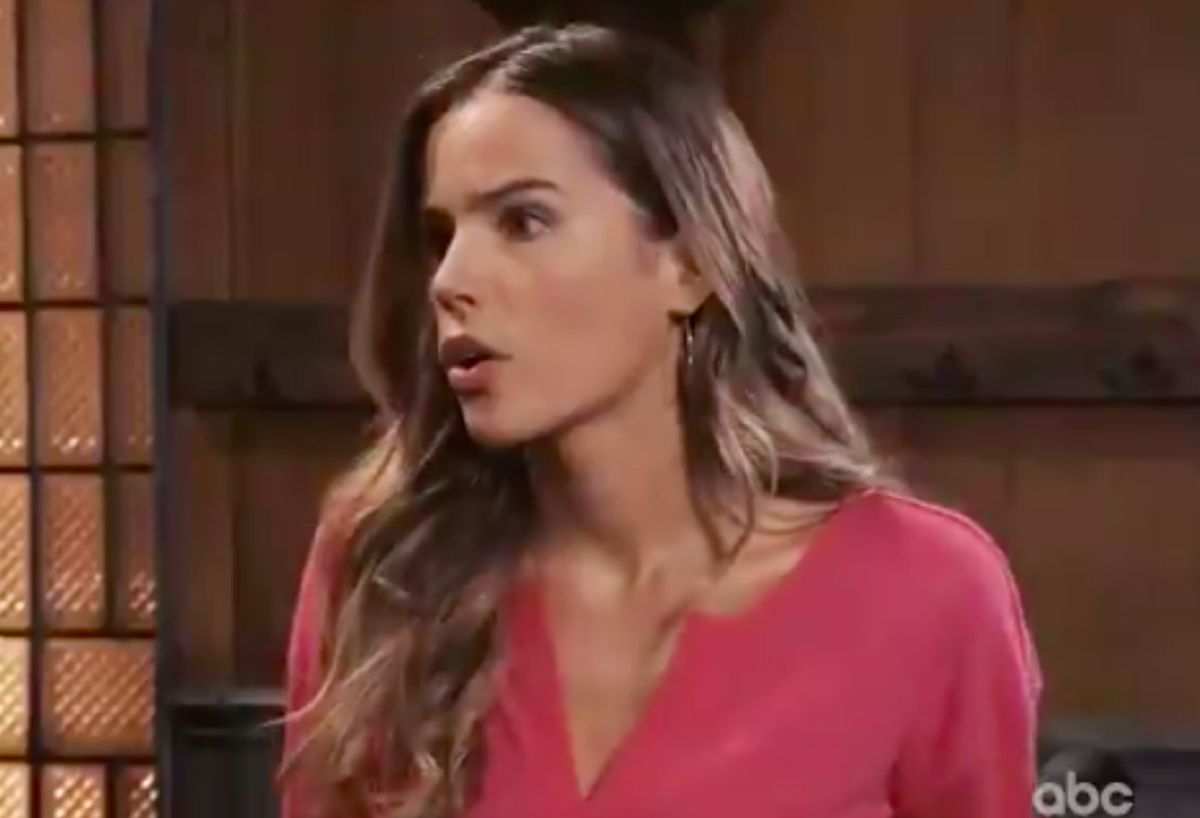 General tease that some shocking moments are on the way. Brad Cooper (Parry Shen) finally told Lucas Jones (Ryan Carnes) that their son actually belongs to Michael Corinthos (Chad Duell) and Nelle Benson (Chloe Lanier). When Lucas tried to slam on the brakes, he couldn’t make them work thanks to Julian Jerome’s (William deVry) tampering.

Nearby, Kendra Lennon (Michelle Argyris) was ready to barrel over Alexis Davis (Nancy Lee Grahn), who was temporarily paralyzed thanks to drug Kendra injected. Monday’s cliffhanger set up a serious car crash, so GH fans will see the outcome on Tuesday. Both vehicles will be smashed up at the scene of the accident, but how will things turn out for each victim?

on the way, so his injuries will likely prove fatal. As for Lucas, chances are good he’ll be in a coma for a while. GH will probably want to prolong the big reveal about “Wiley Cooper-Jones’” (Erik and Theo Olson) true identity. Kendra could face a grim fate as well, but prison is another option. Regardless, this vengeful personal trainer’s storyline is wrapping up, so she should be making her departure soon.

As for Alexis, it’s possible she’ll be injured thanks to the out of control cars. It’s also possible Alexis will narrowly escape disaster, which means she’d just have to be treated for that nasty head wound. Kendra already pointed out that the temporary paralysis drug wouldn’t last long, so that’s great news.

At GH, Kristina Corinthos-Davis (Nancy Lee Grahn) will approach Julian and Neil Byrne (Joe Flanigan). She’ll ask where her mom is and undoubtedly grow concerned once she learns Kendra was connected to Kiefer Bauer (Christian Alexander). Julian will eventually make a terrible discovery of his own when he realizes his murder plot had unexpected ramifications.

Other General Hospital spoilers say Carly Corinthos (Laura Wright) will offer a warning. She may think to be careful when it comes to Sonny Corinthos (Maurice Benard). Carly will tell someone that Sonny can “do all that to you and more,” so she may end up giving Jax the rundown of how bad things could get for him.

Sonny will indeed try to pry more info out of Jax in Tuesday’s episode. He’ll suggest Jax doesn’t have to pretend anymore since Carly already shared the whole story. Jax may be suspicious and choose to play dumb. If so, that’d be a smart move since Sonny won’t know much of anything at all! It doesn’t look like Sonny will be brought in the loop on Nikolas Cassadine’s (Marcus Coloma) survival anytime soon.

Finally, Sasha Gilmore (Sofia Mattsson) will have some advice for worried Willow Tait (Katelyn MacMullen). Willow knows there’s a possibility she may be pregnant, but there’s only one way to find out for sure. Sasha will point that out to Willow on Tuesday. She’ll nudge Willow toward taking a pregnancy test and putting the issue to rest one way or the other.

General Hospital spoilers say Willow will indeed learn she’s pregnant soon, so We’ll give you updates as other GH news and rumors emerge. Stick with the ABC soap and don’t forget to check back often for the latest