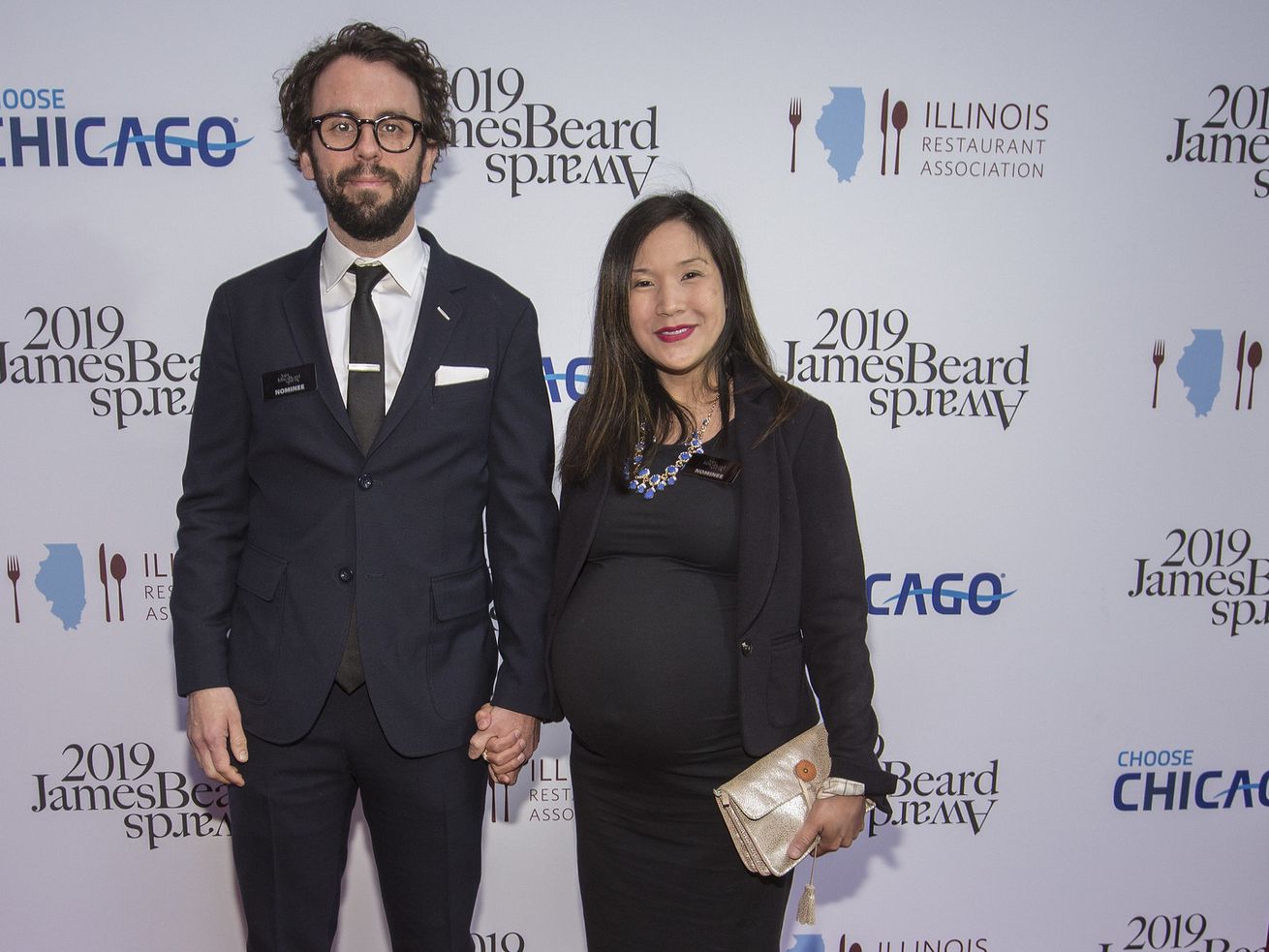 When acclaimed chef Beverly Kim decided to have children, she was afraid it would mean the end of her career. As co-owner of Michelin-starred Parachute and sister spot Wherewithall in Avondale with husband Johnny Clark (the couple won a James Beard Award in 2019) Kim spent her life investing the time and labor to establish herself in the male-dominated world of fine dining chefs — a space with a reputation for rampant sexism, sexual harassment, inflexible schedules, and lack of parental leave.

Eight years ago, however, she took the plunge anyway. She and Clark are now raising three boys, all under 10.

“Once I decided to move forward and have a child, I felt like that made it almost impossible to succeed,” Kim says. “It was so hard to remain in this career with the lack of support.”

During the onset of the pandemic, from March to May, Kim and Clark whipped up meals for families and frontline workers. In May, they would close their two restaurants for more than two months. The break, their first in decades, finally gave Kim the time to reflect. She considered the ways in which support from Clark made the difference in allowing her to balance both family and career, and the dearth of assistance for other moms who work in restaurant kitchens.

“When we talk about chef-driven restaurants, the number of chefs who are women is very, very few,” Kim says. “The major reason is that when a woman is ready to have kids and a family, that’s when they decide — should I stay in or not? Typically women are shown to make less money, and sometimes they don’t have a support system that helps them stay in it. For us to turn that needle from such a minority of head chefs and leaders who are women in this industry, we have to attack these systemic issues.”

That’s what prompted Kim to start the Abundance Setting, a nonprofit so she and Clark could support working mothers in the hospitality industry with meal relief, networking assistance, and connections to resources like Small Business Administration loans. Kim also brought on her mentor, Beard Award-winning chef Sarah Stegner, owner of Prairie Grass Cafe in suburban Wilmette. They launched a GoFundMe campaign with a goal of $10,000 to help cover programming and meal relief. So far, it had raised more than $5,000.

Kim and Stegner also struggled to find participants — a problem compounded by a pandemic that has pushed hundreds of thousands of women out of the American workforce and brought about countless job losses in the hospitality industry. So far they’ve only found a working mom from Honey Butter Fried Chicken, a restaurant down the street from Parachute in Avondale. The organization will accept applications until December 15.

“It’s actually very hard to find a working mom in a restaurant right now,” Kim says. “So many have been furloughed or dropped out. They’re out there, and we want to support them.”

Stegner agrees, saying that people who have taken the time to share their knowledge and help her along the way have made the most significant difference in her career “Yes, I’m determined, and all those things that it takes to be a chef, but there’s also been a network of people who have helped me,” she says.

The Abundance Setting, so named to highlight the idea that there is room for everyone to forge a career in the restaurant industry, has started out with an emphasis on meal relief for aspiring women chefs. In January, Kim and Stegner, along with a growing contingent of Chicago chefs, will prepare and delivery two to three family dinners for three participants once a week. They plan to use donated money to buy local, healthy ingredients for meals that allow participating moms to spend less time and money cooking at home and more time with their families.

There’s also a focus on education and mentorship, connecting participants with mentors and linking them to tools and resources such as Zoom classes and hotlines to help them reach career goals like fundraising, applying for loans, and marketing. Kim and Stegner say that strong mentor relationships like the one they share can help working mothers stay in the industry and have access to good advice from people they feel safe sharing concerns with.

“Chef Sarah was my first mentor when I was 16 and she’s still my mentor today, 25 years later,” Kim says. “That’s how powerful mentorship is.”

Kim is also eager to help moms find affordable childcare — a problem she grappled with for years due to high costs and the unusual hours the industry demands.

To raise awareness of the Abundance Setting and help support neighbors as the pandemic drags on, Kim is also offering free food on Tuesdays through the end of 2020 at Wherewithall on Elston Avenue. She’s partnered with the Community Kitchen, a food relief project from Abundance Setting advisory board member Ed Marszewski and the teams behind Marz Community Brewing, Kimski, and Maria’s Packaged Goods & Community Bar in Bridgeport.

For the Abundance Setting team, the data on gender disparities and abuse in restaurants reveals problems for people of all genders — it shows an industry that’s hurting in many ways, and perhaps by addressing those challenges on an individual basis, they can work toward larger systemic change in the industry. “[The Abundance Setting] is not just about women rising up,” Stegner says. “It’s about the whole industry being more kind, humane, and adaptable — and more able to take care of themselves.”